On December 26, 2004, as a result of an earthquake centered on the west coast of Sumatra, Malaysia was hit for the first time by a tsunami. Although tsunamis are not common in the country, the incident killed 68 people and disrupted the economy in northern coastal areas such as Penang and Kedah, where more than 2,000 fishermen and farmers lost their livelihoods, and more than 5,000 people were reported to have lost their homes and businesses.

Earthquakes and tsunamis were the deadliest forms of disasters over the last two decades with the Asia-Pacific region serving as the epicenter of the global worst disaster. Since 2005, the UN Development Program (UNDP) has worked with 163 vulnerable countries on disaster risks management issues such as disaster risk assessment, governance, preparedness, early warning systems, and post-disaster recovery. The development of this Training of Trainers (ToT) module is part of the Malaysian government’s commitment to improving tsunami preparedness through the UNDP-led cooperation initiative Strengthening School Preparedness for Tsunamis in the Asia Pacific. It provides general and specific guidelines for effectively conducting a series of periodic trainings according to the level of vulnerability, scale, and impact of tsunami disaster risks in schools and surrounding areas. Interesting concepts and interactive activities were introduced such as the ‘3-Helps’ concept, Disaster Imagination Games (DIG), Town/School Watching, and 7 Steps of Tsunami Evacuation Drill.

The development of this tsunami disaster learning program is in keeping with the government’s aspiration to support the achievement of the seven global targets set by the Sendai Framework for Disaster Risk Reduction 2015-2030 (Sendai Framework for Disaster Risk Reduction 2015-2030). This training module has the potential to foster a resilient culture among the young generation while also empowering local stakeholders to provide disaster education and preparedness. 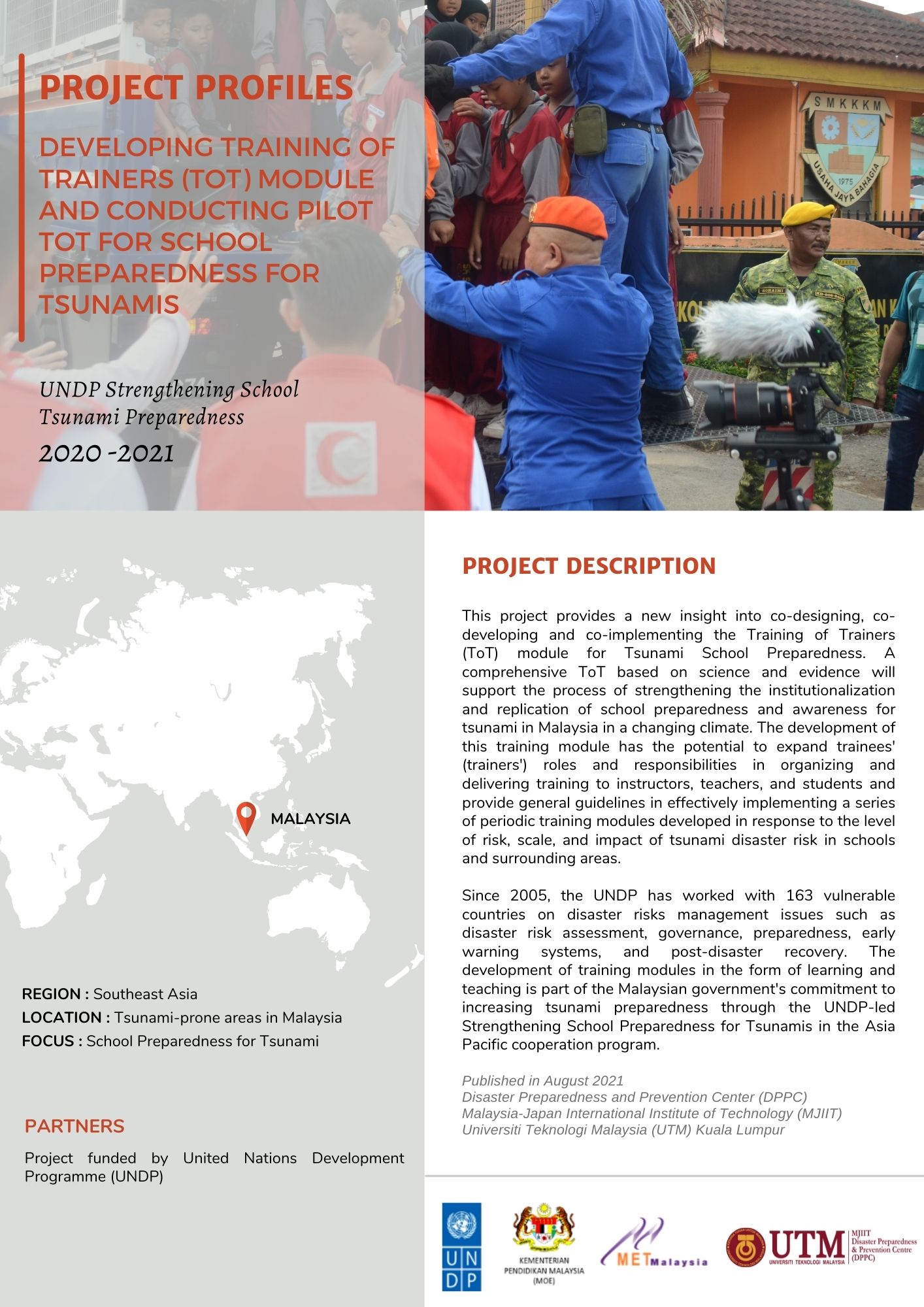 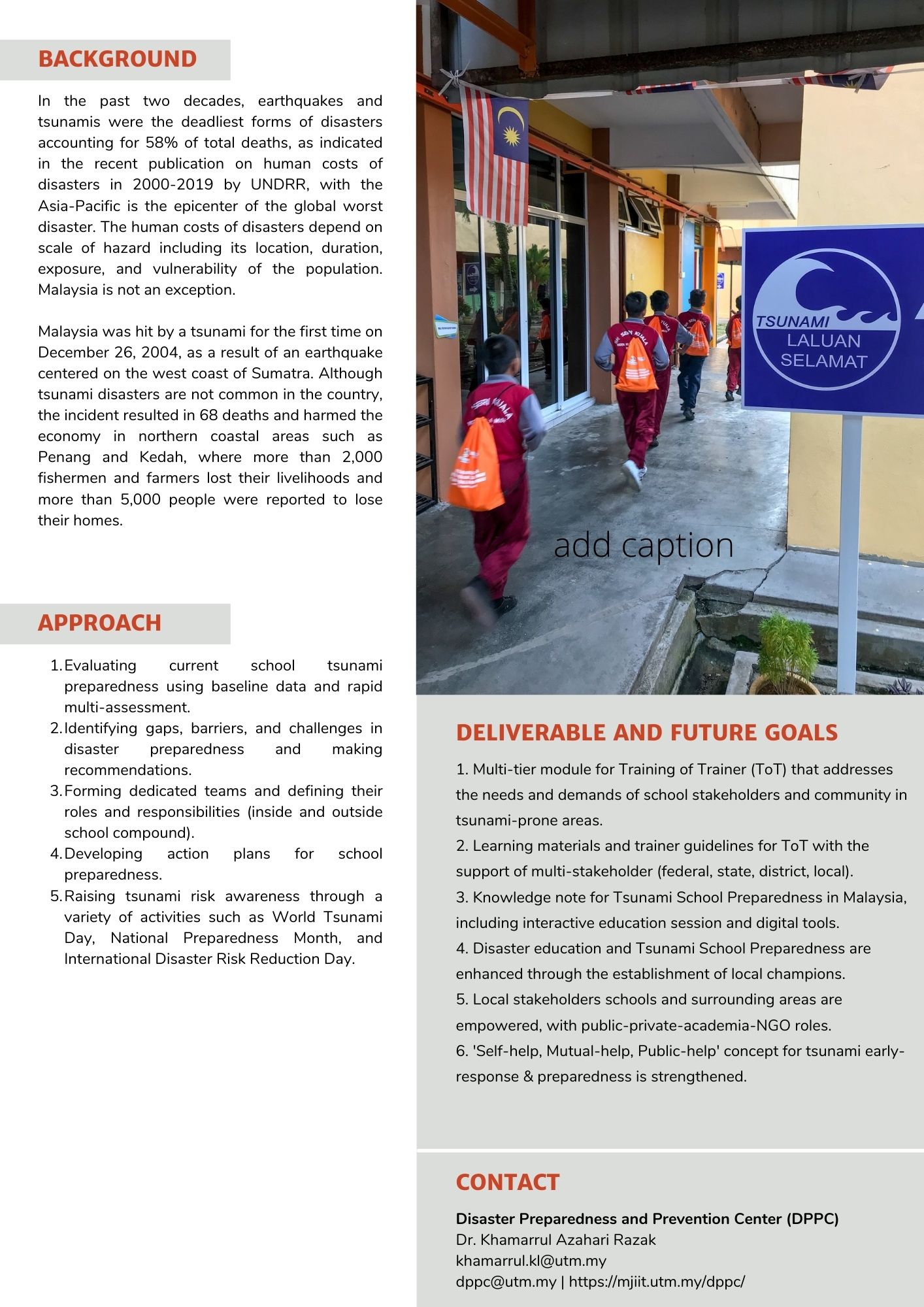 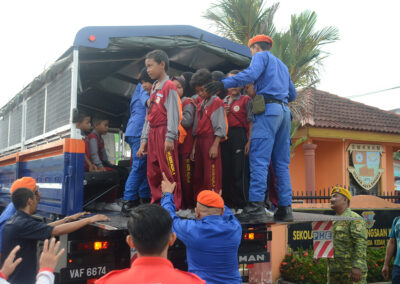 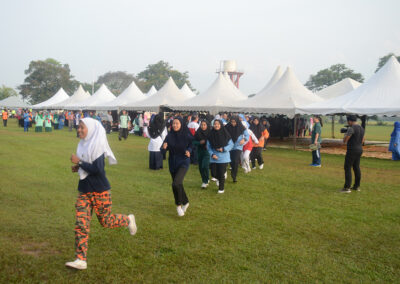 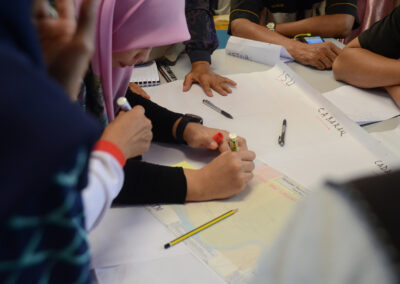 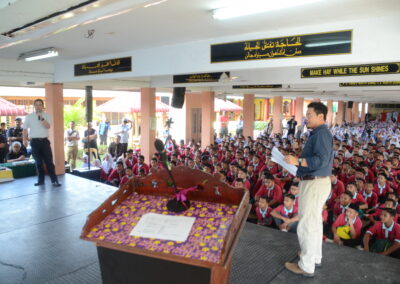