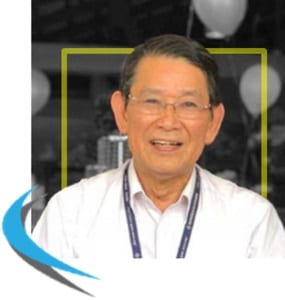 Prof. Dr. Yoshihide YAMADA is the current acting Head of CSN i-kohza. He received the B.E. and M.E. degrees on electronics from Nagoya Institute of Technology, Nagoya, Japan in 1971 and 1973, respectively. And he received the D.E. degree on electrical engineering from Tokyo Institute of Technology, Tokyo, Japan in 1989. In 1973, he joined the Electrical Communication Laboratories of Nippon Telegraph and Telephone Corporation (NTT). Till 1984, he was engaged in research and development of reflector antennas for terrestrial and satellite communications. From 1985, he engaged in R&D of base station antennas for mobile radio systems. In 1993, he moved to NTT Mobile Communications Network Inc. (NTT DoCoMo). In 1995, he was temporarily transferred to YRP Mobile Telecommunications Key Technology Research Laboratories Co., Ltd. At the same time, he was a guest professor of the cooperative research center of Niigata University, and a lecturer ofScience University of Tokyo, both from 1996 to 1997. In 1998, he changed his occupation to a professor of National Defense Academy, Kanagawa, Japan. In 2014, he had started working as a professor at Malaysia-Japan International Institute of Technology, Universiti Teknologi Malaysia, Kuala Lumpur, Malaysia. Now, he is interested in very small antennas, array antennas, aperture antennas and electromagnetic simulation of RCS. He received the best paper award and the best tutorial paper award from IEICE in 2013 and 2014, respectively. He is a Fellow member of the IEICE and is a senior member of IEEE AP society. He is also a member of the ACES. 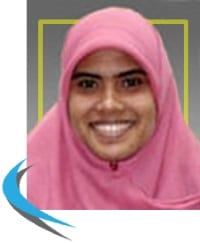 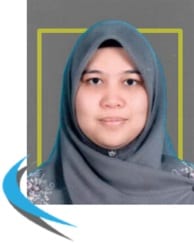 Ir. Dr. Kamilia Kamardin received her B.Eng. Electronic (Communications) from the University of Sheffield, U.K., in 2004 and obtained her M.Sc. in Information Technology (Data Communications and Networking) from Universiti Teknologi Mara (UiTM), Malaysia in 2007. She received her Ph.D. in Electrical Engineering (Communications) from Universiti Teknologi Malaysia (UTM), Malaysia in 2014. She spent 3 months at University of Bimingham, U.K., as a visiting Ph.D. student. She has previously served as a senior assistant researcher at TM Research & Development, Malaysia for 3 years. Currently she serves as a senior lecturer at department of Electronic Systems Engineering, Malaysia-Japan International Institute of Technology (MJIIT), UTM Kuala Lumpur. She is also an associate member of Wireless Communication Centre (WCC), UTM Kuala Lumpur. Her research interests include antennas, wireless communication, wearable communication, body centric communication, metamaterials, and Internet of Things (IoT).